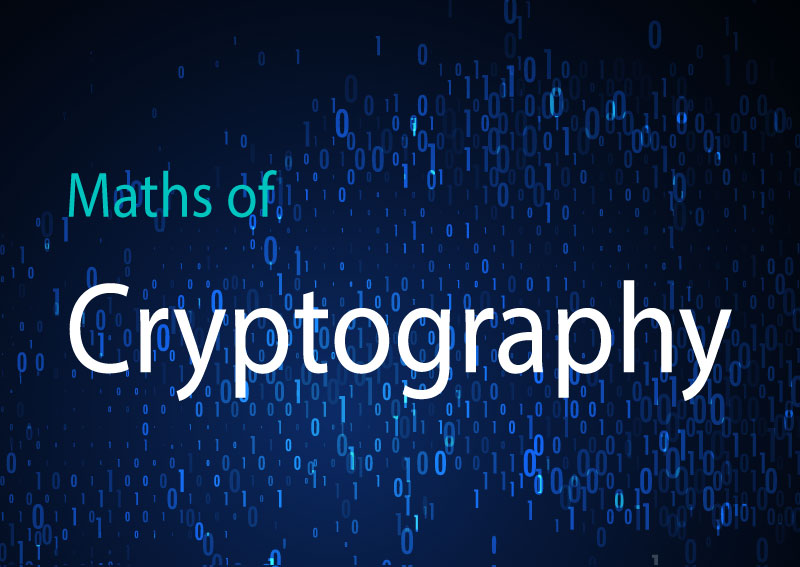 Even though the clue is literally in the name, most people out there wouldn’t even think of what puts the crypto in cryptocurrency. From Bitcoin to Zcash, cryptocurrency has truly taken the last few years by storm. However, most are unaware of the level of preparation, planning, calculation, and cryptographical theory and practise that goes into the invention, propagation, and long-term maintenance of a cryptocurrency. Therefore, this short article looks to look at the cryptography behind cryptocurrencies, using some easy-to-follow examples of how cryptographic methods vary between the currencies. It’ll even give you a heads up on where you can study the craft of cryptography should you be moved enough to do so!

When you think about Bitcoin’s rise to prominence on the news, you notice that much is often made of the fact it’s somewhat intangible, based on blockchain technology, and is “untraceable”. All of these are true to an extent, and are true of a number of cryptocurrencies out there. However, many of the properties that underpin the main appeal of cryptocurrencies (such as the public and/or private ledgers known as blockchains and varying levels of traceability back to the original purchaser/user) would not be possible without the incredible art/craft of cryptography.

At its most basic, cryptography is simply the encoding and decoding of data. It is a series of systems as well as the overall craft that makes use of mathematical principles in order to securely transmit data in a nearly infinite number of forms and presentations, with the intent that this data can be received, manipulated, and understood only by the person or persons for which the data is intended..

Just as breaking of the enigma code and the work of Alan Turing are older examples of comparatively cruder methods of cryptography, Bitcoin, Monero, and other cryptocurrencies including NFT's (here) are some of the best examples of modern, advanced use of the cryptographical craft. This craft enables the furthering of technological, security, and indeed monetary objectives of both the inventors and users of these currencies.

One of the main and directly-observable manifestations  of cryptography in the world of cryptocurrency, though, is the concept of the Digital Signature - https://learnmeabitcoin.com/beginners/digital_signatures. Just as physical signatures were used as one of the main forms of verification/identification for a person for thousands of years, Digital Signatures offer a similar method of verification, only with a host of advantages.

Physical signatures provide verification but are easily forged and cannot be truly identified/verified. Digital Signatures supersede the physical kind by offering the use of keys that facilitate the encryption of data so that digital assets can be transferred on a peer-to-peer, decentralised basis between two parties, without the necessity or intervention of a third party or a centralised authority. Use of cryptographical methods like digital signatures and the use of key sets/pairs allow cryptocurrencies, among other things to:

Symmetric Encryption Cryptography – Use of an identical secret key

Asymmetric Encryption Cryptography – Use of public and private keys (much like how PGP Encryption works here https://www.maketecheasier.com/pgp-encryption-how-it-works/)

If you look at the difference between the two different coins of Bitcoin and Monero, you begin to see that although Cryptography is a unified craft, it can be implemented very differently depending on the functionality of the individual coin in question. Although (like all other cryptocurrencies ) Bitcoin and Monero utilise a blockchain to store transactions, there are important differences in how cryptography is utilised to produce coins that are in fact very different.

Bitcoin is pseudo-anonymous owed to how its blockchain and transactions work (this runs contrary to the way the coin is often reported as providing anonymity). Transactions for Bitcoin are stored on the blockchain, an open ledger containing all the transactions. It is based on public-key cryptography, which although can protect the identity of the people performing the transactions, with some investigation, these transactions can still be linked to specific wallets owned by those making the transactions.

Monero’s appeal comes from its use of ring signatures in conjunction with stealth addresses, ensuring the transactions cannot be traced back to the originator.

A Word on Study

If you have found cryptography’s pivotal  role in cryptocurrency fascinating, then you could always choose to study cryptography in the UK. Due to the specificity of the craft, there are currently very few options for people looking to study. However, if you’re looking for a master’s level venture into the mathematical basis of cryptography, then it can be studied at Royal Holloway University. They offer a Mathematics of Cryptography and Communications course you can find out more about here https://www.royalholloway.ac.uk/.

This involves learning the specifics of applying advanced mathematical concepts and ideas to cryptography, as well as learning how to use cypher systems, and also about blockchain technologies such as Bitcoin and Monero, all under the guidance of world-renowned experts in the field and with an appealing course structure that would attract anyone interested in cryptography.